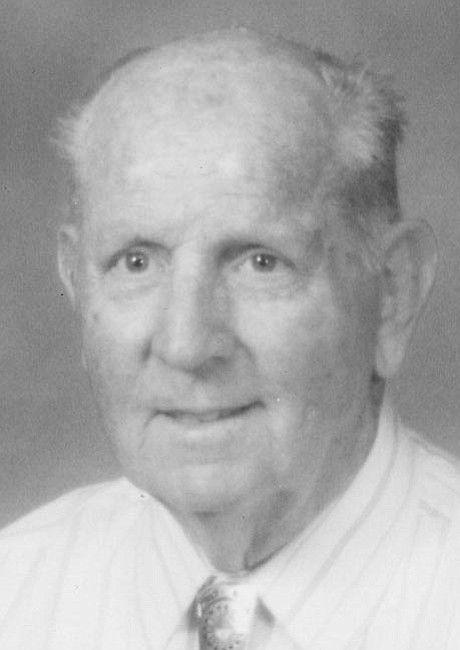 Gene graduated from Sand Springs High School in 1939 and from Oklahoma State University with a B.S. degree in Civil Engineering in 1948. He served in the United States Army from 1943-1946 as a Corporal and Technician 4 with the Corps of Engineers in France and Germany. Gene married June Merritt on Feb. 9, 1947, in Oklahoma City. He worked for the Oklahoma State Health Dept. and Lindsey Engineering in OK City. In 1955, he went to Beirut, Lebanon, with his wife and two young children and worked under the Agency for International Development's Point 4 Program for the U.S. Government State Department. While in Lebanon he directed village water system improvement projects and organized the American Softball League in Beirut. Gene moved the family to Phoenix, Ariz., in 1958 and worked for the Arizona State Health Dept., John Carollo Engineers and the City of Phoenix. Gene excelled as an engineer and administrator. He retired from the City of Phoenix in 1983 as Superintendent of Technical Services.

In Phoenix, he was an active member of Bethany Bible Church, serving conscientiously in many areas including his favorite, the missions committee.

He and June spent their retirement years in Prescott, Ariz., where he maintained the private water company in his subdivision and stayed active with his bowling league, senior softball team, and Skull Valley Bible Church, where he sang solos, led the singing, and taught Sunday school. He and June loved camping in the U.S. and traveling overseas. After June's death in 2005, he moved to Moscow, Idaho, with his daughter Janie Soderberg and her husband, David, and enjoyed being in the same town with grandson Jonathan Soderberg and his family.

Gene is survived by daughter Janie and her husband David Soderberg of Moscow, Idaho; his son David Watson and his wife Maggie of Erie, Pa.; grandson Gregory Soderberg and wife Cynthia and their children Buchan, Chester, Lewis and Ellie Rose of Fuquay, N.C.; grandson Jonathan Soderberg and wife Rayia and their children Titus and Adeline of Moscow, Idaho; grandsons Andrew and Kent and granddaughter Ann Watson of Milwaukee, Wis.; grandson Thomas Watson of New York, N.Y.; and sister Juanita Smith of Catoosa, Okla.

Gene was a devoted husband and father. We are thankful for his long life with us, cherishing the countless memories of family adventures we spent together. We never gather as a family without laughing and reminiscing over the hours of home movies and hundreds of slides he took to document our adventures. He will be missed greatly by all his family and friends. Funeral and burial services will be in Oklahoma.