Child of the Week: March 28 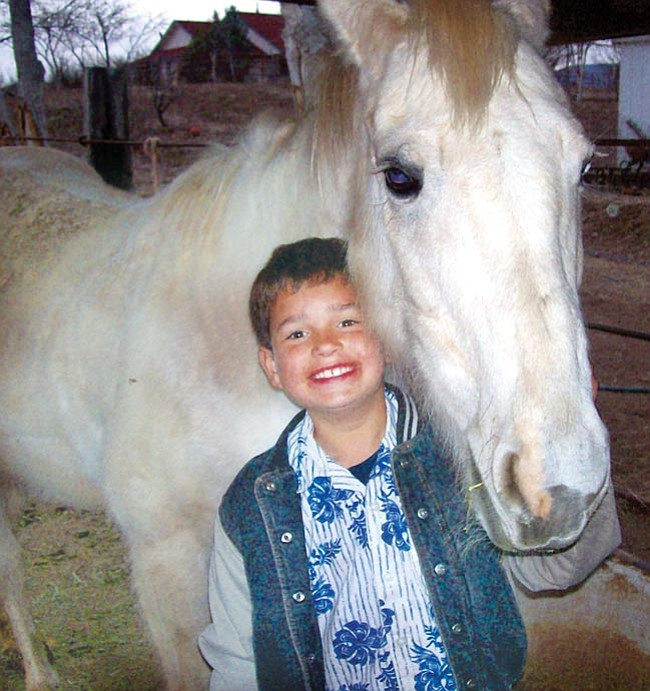 Cody is 8 years old and lives in Dewey with his sister and grandma. Cody's been waiting for a Big for a few months and looks forward to getting one soon. He'd like a Big to spend some quality time with doing "guy things." Sometimes Casey needs a break from always being around girls (even his horse is female).

Living on two acres allows Cody a lot of space to be active and creative. One of the things he does is build forts. He makes them with wood, and then nails on rugs for a roof. His grandma said that Cody will nail down anything that isn't nailed already. He's a hands-on kid who would like to work in construction or be an architect one day. Fortunately, algebra, geometry and fractions are his favorite subjects in school.

An animal lover, Cody lives with two dogs and many cats. He also has a horse named Missy for which he is totally responsible. Cody enjoys riding her and feeding her. He doesn't mind cleaning up after her either - because he'd rather do outside chores than anything indoors.

Cody is an adventurous child and game for new experiences. He would like a Big to come watch him play baseball. Cody would like someone to take the time to play catch with him, take him to a D'backs game, and go hiking, fishing or shooting with his BB gun. And, of course, a trip to his favorite eating establishment, Long John Silver's, would be good, too.

Cody's grandma can help him grow to be a good person, but who will teach him to be a good man? This active boy needs a guy around - someone to teach him about his inner strength - someone to show him how to achieve his dreams. Cody is one of about 75 boys waiting for a Big Brother in the quad-city area. The solution is YOU.

You don't have to change your life to change his. Big Brothers Big Sisters has programs for couples, families and individuals; the commitment lasts for at least one year, but can be as little as four hours a month. You can include a child in an activity you both enjoy. Call YBBBS today to find out how easy it can be to watch a little go a long way. For more information or to volunteer, call BBBS at 928-778-5135.