CHILD OF THE WEEK: March 7 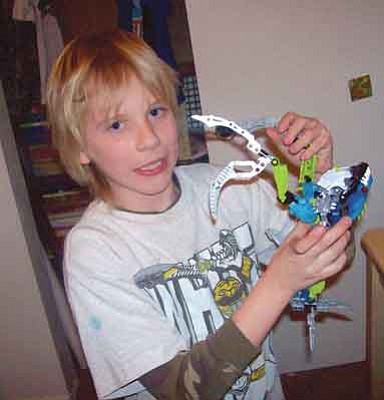 Malachi lives in Chino Valley with his mom and his rare Japanese bobtail cat, Kyo. He is a spirited 9-year-old boy with a handful of friends, but is missing a regular male influence in his life. Malachi has been waiting for a Big for more than three months.

An adventurous boy, Malachi enjoys spending time in nature, capturing lizards and snakes. He likes to go on hikes and collects rocks along the way. He's inquisitive about nature's creatures and considers them dear. Astronomy and space exploration fascinate him too.

Japanese culture is prominent in his lifestyle. He and his mom meet annually with friends to costume-play Japanese fictional characters. Malachi always plays the role of Naruto, a little Ninja boy who wants to be the leader of his village. It's a character from video games and movies that his mom and friends say is most like him. Malachi also has an extensive

Malachi is an inquisitive soul. He is eager to learn and share his imagination and knowledge; perhaps, that is why he wants to be a teacher one day. Math is his favorite subject and he likes playing with numbers and doing puzzles, such as Sudoku.

When asked what he'd like to do with a Big, Malachi said, "anything." He's an active boy with a big heart capable of touching anyone's heart. What he wants is "anything," but what he needs is someone to help him explore his potential and open his eyes to the many opportunities his future holds. Maybe all he needs is someone to show him what to do with a lizard once he catches it. Certainly what he needs you can offer.

You don't have to change your life to change his. Big Brothers Big Sisters has programs for couples, families and individuals; the commitment lasts for at least one year, but can be as little as four hours a month. Can't you include a child in an activity you both enjoy? Call YBBBS today to find out how easy it can be to watch a little go a long way.