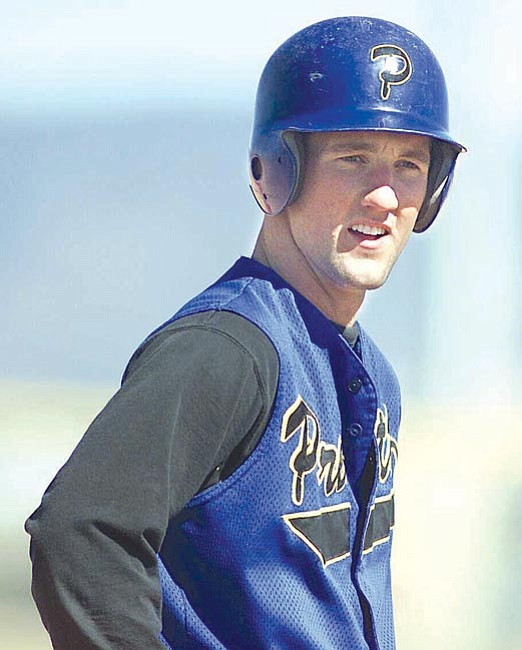 The Daily Courier<br>Jason Pridie has had a stellar minor league career since graduating from Prescott High School in 2002. Are the majors next for him?

Former Prescott High School baseball star Jason Pridie is on the verge of breaking into the major leagues.

Pridie was the 2002 4A Player of the Year in Arizona in leading the Badgers to their first baseball State title. Now, after a successful minor league career, he is in the mix for the center field job for the Minnesota Twins.

The three-way battle for the position is one of the more talked about competitions for the Twins in spring training. To get the job, Pridie will have to beat out Carlos Gomez, whom Minnesota received as part of the Johan Santana trade.

Jim Souhan of the Minneapolis Star Tribune reports the Twins would like Gomez to win the job because he is the most talented of the group and it would make the Santana deal look better to the fans.

Gomez is more likely to appear on ESPN's Baseball Tonight, but what Pridie has working for him is experience. At 24, he has shown his all-around skills in AAA.

Denard Span is the third candidate, though is the least likely of the three.

Unless the Twins decide to play somebody else out of position, it boils down to talent versus polish. If Gomez does not show he is ready, Pridie could be starting on opening day March 31 against the Los Angeles Angels - though it figures to be Gomez' job at some point.

For what it's worth, through Wednesday Pridie had gotten slightly more work to this point in the spring. He was 3-for-9 in five games as compared to a 2-for-8 showing in four games for Gomez.