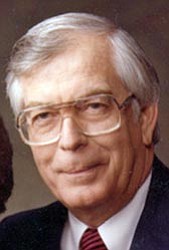 In 1936, he moved to Rochester, Minn., where he graduated in 1942. He was an excellent gymnast. He attended the University of Minnesota College of Forestry in 1942 and later joined the U.S. Army. He served in the Infantry during WWII and the Korean War. Art was discharged as Master Sergeant and awarded many medals for valor. He retired after 34 years as a claims executive at the former Farmland Insurance Company and moved to Prescott in 1986.

He loved watching John Wayne war movies and listening to jazz music. He loved life, bowling, traveling, golf and hunting pheasants with his buddies in South Dakota, Iowa and Missouri.

He was preceded in death by his parents; son Scott; first wife Helene; and brother Fritz.