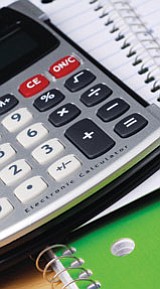 By the end of the public hearing, the residents still questioned the need for the increase, but they learned that they would not be "hit" as hard as they thought.

The governing board approved a Truth in Taxation Notice indicating the district's plan to collect an additional $280,8333 in primary property tax levies during fiscal year 2008-09.

The notice about the Truth in Taxation hearing indicated the primary property tax rate would increase from $13.06 to $25.40 per $100,000 of assessed valuation.

According to school officials, the actual increase is less than what appeared in the hearing notice. State law dictates the wording in the Truth in Taxation Hearing notice.

The actual increase, officials said, is about $1.20 per $100,000 of assessed valuation because the residential property tax rate is 10 percent of the valuation.

She said $100,000 in adjacent ways money would pay the cost of connecting the district to Town water.

Board member Peter Atonna said, "If we don't do this, we will have to pull the money from somewhere else. It is important to know that the district is not expanding anything; it is preparing for the future."

Superintendent Duane Noggle said the district currently gets water from a well. It operates under a permit from the Arizona Department of Water Resources.

"This past year, the district paid $18,000 in fines because it pumped more water than the permit allows. Every year, DR officials ask if another water provider is available. When the Town ties into the school, the district will lose its DWR permit. It is not going to happen this year or next year," Noggle said.

The superintendent said the district wants to collect adjacent ways money to prepare for the future.

Pete Kreiger of Chino Valley said a tax increase is "frustrating to people without any other income but Social Security."

Vice chairman Paul Mitchell said the tax increase is only for the two items-excess utilities and adjacent ways. He said the district is not increasing the secondary tax, which voters must approve.

Noggle said increasing the tax rate for adjacent ways and excess utilities is "the only opportunity (the district has) to effect the tax rate."

The governing board conducted a second public hearing about the district's $14.3 million fiscal year 2008-09 budget.

The budget, she said, does not include a wage increase.

After the public hearings, the governing board adopted the Truth in Taxation notice as published.

The governing board formally approved the adopted fiscal year 2008-09 budget.