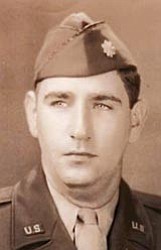 Virgil B. "Ace" Lindsey, 89, of Prescott, died peacefully Sunday, July 13, 2008, at Hospice Family Care with his wife Hazel, daughter Ann and stepdaughter Lynn at his bedside. He was born Oct. 12, 1918, the youngest son of Jacob A. and Annie B. Lindsey of Washington, N.C., and was educated in his hometown public schools and at Wake Forest University.

In December 1941, he was commissioned as a pilot in the U.S. Army Air Corps and served his country, flying first P-40s and P-39s and later piloting B-17s during World

War II in the South Pacific, earning the Silver Star, Distinguished Flying Cross and Purple Heart. After his flying days, Ace completed his 31 years of active duty as commander of engineering and communication squadrons in the U.S. and international locations from Maine, New York, Wyoming and Florida to Japan, French Morocco, Puerto Rico, Germany and Thailand. Following his retirement in 1972, Ace continued his lifelong interest and participation in sports. He enjoyed golf and was particularly skillful on the tennis court.

He was preceded in death by his parents; a brother, James, of Maitland, Fla.; his first wife Jane Highsmith Lindsey of Atkinson, N.C.; and his second wife Marilynn Borwell Lindsey of Prescott. He is survived by his brothers Julian of Winston Salem, N.C., and Richard of Tarpon, Fla.; his daughters Ann L. Sult (James) of Prescott and Virginia L. Cole of Laramie, Wyo.; his granddaughter Jane L. Sult of Tucson; his grandsons James B. Sult Jr. of Phoenix and Collin T. Sult (Leslie) of Tucson; his great-grandson Ian J. Sult of Tucson; and many nieces and nephews. He was also the devoted stepfather of Lynn House of Prescott, Kathryn Schmidt of Oklahoma, Karen Simmons of California, Jason Hartjen of Connecticut, Eric Hartjen of Phoenix and John Hartjen of Colorado.

A memorial service is scheduled for 1 p.m. Saturday, July 19, 2008, at Prescott United Methodist Church, 505 West Gurley, with a reception to follow at the church. Cremation has taken place, and burial with full military honors will occur at a later date.

Memorials may be made to Hospice Family Care of Prescott, 100 E. Sheldon, Prescott, AZ 86301, or a charity of choice.

Ace was the consummate Southern gentleman and will be remembered for his generosity, love of animals, evenhandedness and beautiful blue eyes. Soar high, gentle warrior.