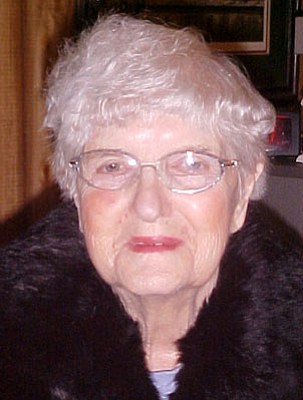 Lavinia Alice Fraun passed away on Jan. 21, 2008, at the CMMC Hospital in Jackson, Mississippi.

At the age of 17, she started working as a waitress and worked in the nursery at First Baptist Church in Mesa, Ariz. for 30 years. Lavinia Fraun was an angel to everyone that came into contact with her. Lavinia was a big supporter of the missions.

She worked for Iron Horse Grill in Chino Valley, Ariz. for 23 years as a waitress.