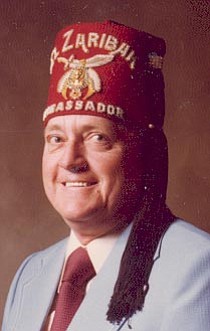 William (Bill) Alfred Sieckmann Sr. passed away at the VA Center in Prescott, Ariz., after a longterm illness. He was born Aug. 30, 1921, in Honolulu, Hawaii, to Nellie and William Augustus Sieckmann.

Bill was a veteran of WWII, serving in the Navy Special Forces as a Navy Seal in the North and South Pacific, earning the Silver Star, Bronze Stars, Purple Heart and Presidential Unit Citation.

After the war, Bill went back to work for the Santa Fe Railroad as a machinist, moving from California to Prescott in 1953, retiring in 1978.

Bill was also a member of the Damascus Lodge in San Bernardino, the El Zaribah Shrine, Royal Order of Jesters and American Legion. Special Masonic services took place in Prescott last Monday as a memorial to Bill.

He is survived by his wife, Socorro; son Bill (Marilyn); granddaughter Amy Parsell and her fiancé Jim Halverson; and three great-granddaughters, Megan, Ashley, and Courtney all of Prescott, Ariz., who were the loves of his life. Family members from out of the area that he missed dearly are his daughter Sandie (Jeff) Williams; grandson Phillip (Patty); and great-grandchildren Sarah and PJ of Superior, Wis.; son Charles (Diane) of Colton, Calif.; and grandchildren Bert Stuck of Upland, Calif., Kathy Mark Wiegman of St. Peters, Mo.; great-grandchildren Mark and Stacy; and his sister Leora (Ralph) Peabody of Vancouver, Wash. Bill is also survived by his faithful dog, Cody.

Bill loved the water, and is to be buried at sea off the coast of San Diego with full military honors.

Heritage Mortuary of Prescott assisted the family with the arrangements.