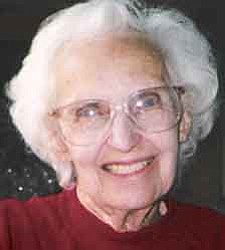 Rosie was preceded in death by her only sister, Helen Walker, and her loving husband, Glenn King.

Glenn and Rosie enjoyed square and round dancing in the Mesa and Prescott areas from 1970 through the 1990s.

Rosie loved living in Prescott and called it her home for over 40 years.

Visitation will be 10 a.m. Friday, Jan. 18, 2008, at the Hampton Funeral Home, 240 S. Cortez St., Prescott, with the service following at 11 a.m. The family wishes to thank Hospice Family Care and Rolling Hills Manor for their loving care of our mother and family.