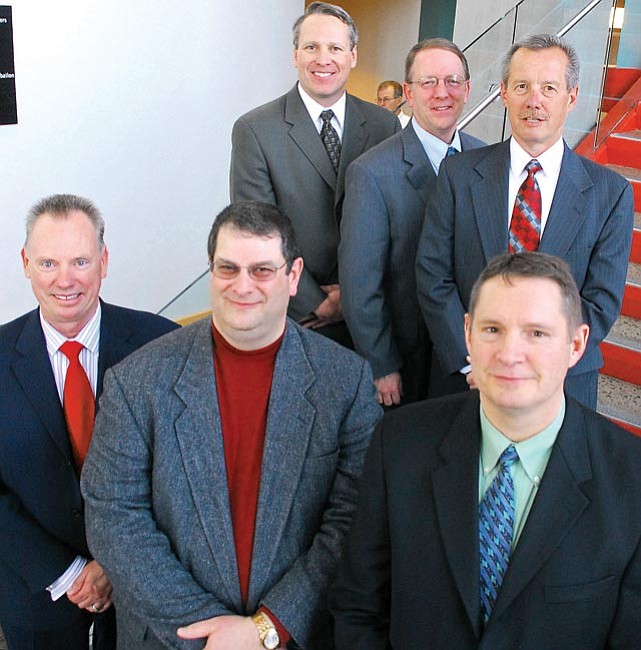 PRESCOTT VALLEY - The six finalists for police chief are gaining a quick immersion into the community while the selection process continues.

They are undergoing interviews by a seven-member panel, ride-alongs with the Police Department and tours of Prescott Valley with town officials behind the wheel.

They are seeking to replace Chief Dan Schatz, who announced Dec. 13 that he is retiring after seven years on the job.

In fact, public officials easily accounted for at least half of the 30-plus people who attended the reception in the lobby on the first floor of the Civic Center, outside the council chambers.

The finalists said their brief visit to Prescott Valley impressed them.

"The impression I have is I made the right choice in applying for the chief's position," said Musser, who retired as police chief in December in Meridian, a suburb of Boise. He worked for the department for 26 years.

Musser said the Police Department seemed "well-run," adding he detected a "strong sense of community identity" in Prescott Valley as well as a climate similar to that of Meridian.

Prescott Valley is a "great town," said Felice, who retired as deputy chief of the Colorado Springs Police Department this past Friday. "I love the way it is laid out and managed."

The other candidates expressed similar sentiments.

Studdard, a 30-year veteran of the LAPD who retired at the rank of motor sergeant in 1990, acknowledged that he knew of Warkentin, who retired from the LAPD in 1999 after 29 years on the job.

"I don't really have one (impression)," Studdard said. "They are all very well-qualified, knowledgeable and experienced."

The top candidate will await reference and background checks as well as contract negotiations over pay, said Town Manager Larry Tarkowski, who is serving on the panel. He added that he does not know when he will make a decision.