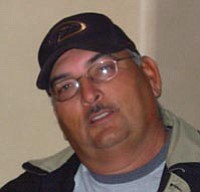 Vincent graduated from Prescott High School Class of 1967 where he participated in Varsity football, basketball and baseball, all with honors and awards. In 1969, he served in the Army for four years, where he won the Korean Overseas Championship.

Vincent was employed by the City of Prescott for 36 years as a heavy equipment operator. His entire life he enjoyed playing and coaching local softball, hunting and fishing. He was an active member of the American Legion and former President of the Eagles.