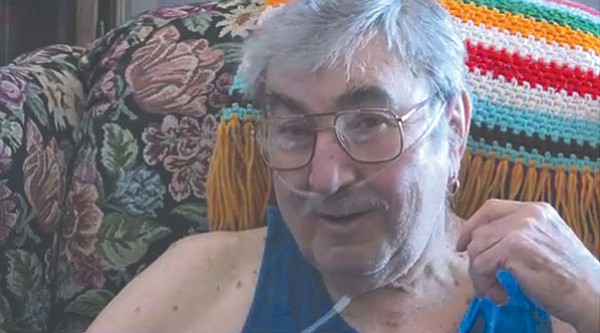 Mel Zelnick, a drummer who gained notoriety as a band member of jazz icon Benny Goodman in the 1950s and later as a touring recording artist for Capitol Records, died Thursday morning of a heart attack. He was 83.

Zelnick died in his home in Mayer.

For several years, Zelnick struggled with his health after undergoing heart bypass surgery. To breathe efficiently, he used a portable oxygen tank inside his residence.

"He had been pretty frail for the last year," said Loretta Alden, Zelnick's stepdaughter who also lives in Mayer. "He had been in and out of the hospital several times and the nursing home, and so forth."

Zelnick talked about his life and career in May 2007. The Daily Courier recorded that interview for a video on dCourier.com.

Born into a poor family to Abraham and Anna Zelnick in Harlem, N.Y., on Sept. 28, 1924, Zelnick - who learned the drums at the prestigious Julliard School in New York City - was best known for his music.

Zelnick's talent and drive during his youth led him on stints as a drummer for the U.S. Army Band during World War II, Goodman in the 1950s, and famous Capitol Records studio artists such as Peggy Lee in the 1960s.

Zelnick and many of the drummers he played with in the Army went on to perform with jazz greats, including Goodman and Tommy Dorsey.

One of those percussionists, Pete Voulo, was his best friend who drummed for Dorsey.

"I was in awe of these guys," Zelnick said this past May.

At the City of Prescott's fifth annual Jazz Summit in 2005, the city declared Aug. 26 "Mel Zelnick Day" in recognition of his achievements as both a highly regarded musician and teacher.

Despite the trying circumstances with his health in this decade, Zelnick remained a genuinely friendly man who taught drumming to promising young local musicians.

Zelnick, whose name is in the Encyclopedia of Jazz, never took formal drum lessons.

He got started in drumming at age 9 on the streets of New York City with a group of inexperienced youngsters in a neighborhood drum corps who were learning how to perform a basic roll.

"They were having trouble. They were stumbling," Zelnick said in the Courier interview. "They looked at me and they said, 'Yeah, you think you can do it?' So they gave me the sticks, and I said, 'Just show me how to hold it.' They showed me, and in two minutes I brought it into a roll. They could not believe it, and I could not believe it myself. It was so easy for me to do that."

Zelnick said he learned the most about percussion from watching and listening to jazz drumming legends Buddy Rich, Chick Webb and Gene Krupa during his childhood.

"Mainly his whole life was music. He was hired by the City of Prescott to play in the courthouse square during the summers," Alden said. "A lot of good local musicians played with Mel, and his students really excelled. Many of them went on to earn scholarships and became really great drummers."

Although he was passionate about drumming, Zelnick had other interests. For example, he loved to visit with his family, cook meals and facet gemstones.

Zelnick, a gemologist since the early 1970s, received four certificates from the Gemological Institute of America - the world's largest non-profit institute of gemological research and learning based in Carlsbad, Calif.

"He had done a lot of faceting of really beautiful stones and was very knowledgeable," said Alden, adding that her mother and his wife, Barbara Zelnick, initially taught him about rocks and gems.

Alden and her family plan to schedule a date and time today for Zelnick's funeral service, which Heritage Memory Mortuary at 131 Grove Ave. in Prescott will conduct.

During Zelnick's service, a number of his former students will play the drums in his honor.

Afterward, Zelnick will be buried at Heritage Memorial Park, 12000 Heritage Lane, in Dewey.