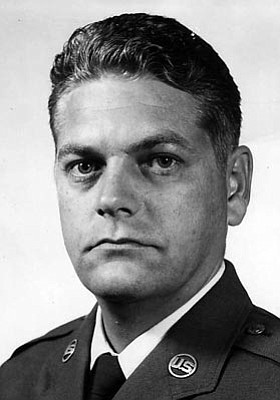 Billy is survived by his wife Grace; son Curtis of Flagstaff, Ariz.; and daughters, Teresa England of Boise, Idaho, and Betsy Custard of Prescott Valley, Ariz. Additionally, he is survived by seven grandchildren and six great-grandchildren; three sisters, Nan Klinedinst of Three Oaks, Mich., Harriet Armentrout of The Colony, Texas, and Jeanette Harder of Dallas, Texas. He was preceded in death by his son, Steven and three brothers, Robert, Gilbert and James.

Billy served 20 years in the United States Air Force and retired in 1975. He spent 11 years overseas in England, Thailand, Turkey and Greece. He retired from the State of Arizona in 1996. He and Grace moved to Prescott Valley in 1998. He enjoyed spending time with his children, grandchildren and woodworking in his shop. He took pleasure in simple activities, fishing, gardening and spending time outdoors. His kind acts and quiet strength will be missed and remembered by those who knew and loved him.