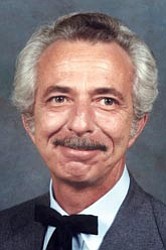 Paul was employed at Wulfsberg Electronics as an avionics technician. He lived in Arizona since 1971 and previously resided in Alabama. He enjoyed his children, grandchildren, music, skating, flying his airplanes and working in his shop. He was most proud of his family and his accomplishments.

Memorial contributions may be made in Paul's name to your local American Cancer Society.