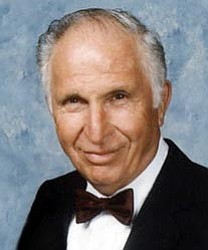 Jack is survived by his loving wife Natalie Krol Solomon of 61 years; son Isaiah Solomon of Denver, Colo.; son David Solomon and wife Alanna of Prescott; great-granddaughter Paisley Wohl of Prescott; and many nieces and nephews. He was preceded in death by his granddaughter Soleil Solomon.

Jack graduated from Roosevelt High School, Los Angeles, Calif., in 1944 and immediately enlisted in the U.S. Army Air Corps. A fortunate broken leg after boot camp prevented him from being shipped out to the Battle of the Bulge at the end of 1944; instead, he spent his war years in the Pacific supporting our military advance toward Japan.

Jack was "green" before it became vogue! He spent his working career in a recycling business established by his family in the late 1920s situated in downtown Los Angeles. Jack spent non-working time developing his skills as an amateur photographer and an exceptional, detailed woodworking craftsman. Capturing the specialty of each moment, his photography earned him a number of awards as well as displaying his keen eye, while his accomplished woodworking skills provided many of his relatives with one-of-a-kind dining tables plus many other creative wooden pieces.

Jack retired from business in 1986 and relocated with Natalie to Prescott in 1990. The community welcomed them with open arms. During the nearly two decades of an activity-filled life in Prescott, Jack became involved at different times with various community organizations, reading and discussion groups, and with many a newly acquired friend. One of his greatest joys came from the four years he spent at Coyote Springs Elementary School in Prescott Valley, attentively listening and correcting first- and second-graders honing their reading skills.

An accomplished dancer, Jack could be seen every Thursday night sashaying around the dance floor with Natalie at the Pine Cone Supper Club. He was generous to a fault; he loved doting over his wife; and he will be dearly missed by his adoring family!

In lieu of flowers, the family suggests donations in Jack's name to the Desert Hills Bank for educational scholarship funds.