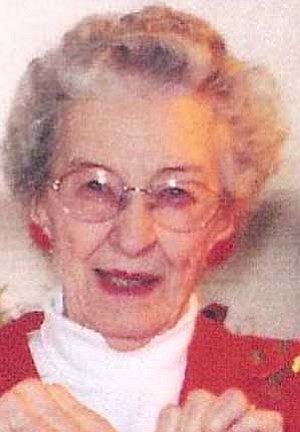 Mrs. Patton moved to Prescott, Ariz., with her family in March of 1940 for the health of her son. In March of 1942 they settled in the little community of Skull Valley, just west of Prescott, not knowing it would be their home for so many more years to come.

Edna was most proud of her family, and was always there for them. She enjoyed gardening (she could grow the most beautiful Dinner Plate Dahlia) and cooking, and loved spending time with her family and many dear friends. She will be missed dearly by all

After the death of her husband, J. W. Ballew, in November 1992, Edna married Fred Patton in May 1994, and they continued to share happy memories of old times together in Skull Valley. Then in September of 2002 they moved into the Arizona Pioneer Home.

Preceding her in death was her first husband, J.W. Ballew, in 1992; sisters Flossie Fay and Ruby Carmichael; brothers Glen and Bob Ridgway; and parents William and Daisy Ridgway.