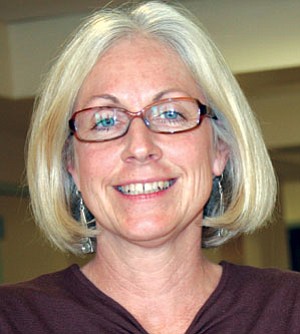 When Bradshaw Mountain High School starts on Monday, former Assistant Principal Trena Linders will be at the helm, stepping into an interim administrative position in the wake of Jim Souder's resignation in late June.

"We feel very comfortable in having Trena Linders take on the reign as interim principal at BMHS. She has eight years of experience as an assistant and a vast amount of professional respect and institutional knowledge to move the high school in the right direction," said Humboldt Unified School District Supt. Henry Schmitt.

Lisa Brackez, now in her second year as assistant principal at the high school, will continue in her position. The school's second assistant principal, Eileen Rowe, leads the Alternative Learning Center program at the east campus this year.

"As we considered all of our options, placing Trena and Bob in these key positions allowed the least amount of administrative and academic disruptions for our students and staff, which was first and foremost on our minds," Schmitt said.

Linders said, "I care deeply for BMHS and am committed to support the students, staff and community."

Assistant Superintendent Dean Slaga is overseeing the high school, helping put together the master schedule, and assigning teachers to classes and classrooms. He will continue in this capacity two days a week until the district finds a new principal, Schmitt said.

"This is the smoothest enrollment I've seen since I've been here," he said.

Adding the freshmen back to the main campus created a challenge when the schedule called for two lunch periods. The district added three additional lunch lines, each with a computer station. Schmitt will ask the HUSD Governing Board at Tuesday's meeting to approve three 3.5-hour food and nutrition workers.

The school also added lunch tables with shade umbrellas for outside eating areas, and put up a safety rail on the stage for additional tables.

While teachers returned on Wednesday and students have been registering all week long, the search for a new principal continues.

Schmitt acknowledged the district has a pool of applicants to choose from.

"They are not of the standard we want. We are not sticking a body in there just to have a body," he said.

Because most school districts send out contracts by mid-April and Souder's resignation came in mid-June, Schmitt said, "The good ones are already contracted and have loyalty to their districts."

He hasn't given up the search.

"You never know when someone may drop out of the sky."