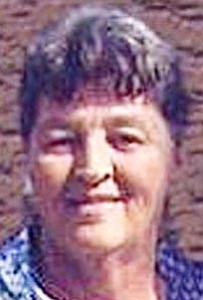 Jeanette Lee Davis, 75, beloved mother, grandmother, sister and aunt, passed away Wednesday, April 9, 2008, in Lubbock, Texas. A memorial service will take place at 9:30 a.m. on Saturday, May 3, at Mountain View Cemetery in Prescott, Ariz. Cremation arrangements were under the direction of Resthaven Funeral Home, Lubbock.

Jeanette was born on March 10, 1933, in Iowa City, Iowa, to Frank and Edythe (Lenoch) Williams. She married William D. Davis in 1951 in Gallup, N.M. Mr. Davis was in the United States Air Force, serving on two different occasions in Vietnam. Because of his service, the family lived in Florida, Texas and Arizona. Together they had nine children. William preceded Jeanette in death on Sept. 25, 1976.

She worked as a waitress and cook while being a full-time mom. Jeanette resided in the Phoenix area for most of her life but had moved to Lubbock recently.