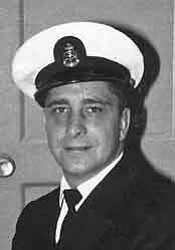 Jerry married Clara (Arlene) Gibson-Stitt, also from New Castle, Pa., on April 11, 1953. They shared 55 years of love, laughter and memories, both happy and sad. Jerry and Arlene have resided in Prescott Valley for 15 1/2 years.

Jerry was a member of Bethel Baptist Church. Previously he served as a deacon at the First Southern Baptist Church in Prescott Valley, Ariz., and the Bancroft Baptist Church in Spring Valley, Calif. He loved the Lord, his church and family. He enjoyed traveling and would go anywhere at any time.

The family would like to express its appreciation to Arizona Ruffner Wakelin Funeral Home, Bethel Baptist Church and friends for their prayers and support.