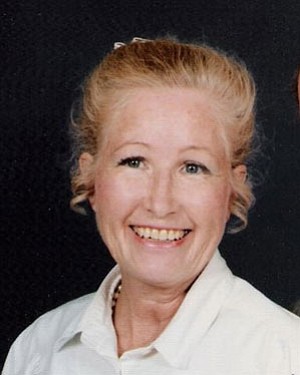 Yvonne Arave Jensen passed away peacefully on Friday, March 28, 2008. She was born Nov. 18, 1926, in Idaho Falls, Idaho, to Luren Spencer Arave and Virgie Ruth Bateman. Yvonne's family moved to the Los Angeles area when she was a teen. She attended UCLA and the University of Utah, and later in life graduated from the University of California at Long Beach, with a B.A. in Home Economics. She was a talented cook, seamstress and singer. Yvonne was a devoted member of the LDS Church, serving in the Relief Society, the Primary, and in various music callings.

Yvonne married Kay Wallace Jensen on April 26, 1957. She and Wally raised four daughters, two of their own and her two from a previous marriage. They lived in various cities in the southern California area until they moved to Paulden, Ariz. in 1990. Yvonne and Wally moved to Utah in 2004. The family wishes to particularly express thanks to the staff and management of the Wentworth House in Draper for the fine care she received the past several months of her life.

The viewing will be from noon to 12:45 p.m., Saturday, April 5, 2008, with funeral services to follow at 1 p.m., at the Church of Jesus Christ of Latter-day Saints, 88 W. Harbor Park Way, Saratoga Springs, Utah. The interment will follow at the Lehi City Cemetery. Condolences may be sent to the family at www.mcdougal funeralhomes.com.