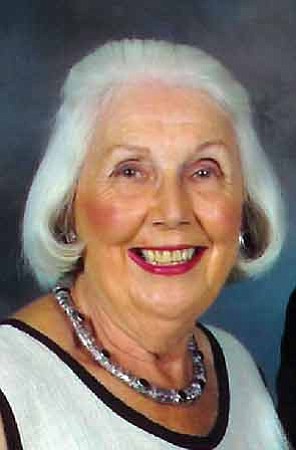 Guyla Rose Segal died peacefully at home on Sept. 11, 2007, with her son and daughter-in-law at her bedside. Born on August 10, 1924 and diagnosed with terminal cancer earlier this year, Guyla celebrated her 83rd birthday by toasting a full life with a crisp Chardonnay.

Guyla was born in 1924 in Broken Arrow, Oklahoma, to Guy and Pearl Thomas and was on the vanguard ever since. The oldest of four siblings, she graduated from Neodesha High School in Kansas in 1942. She made her own way to the University of Missouri, majoring in Journalism. A debate pro, Guyla won a scholarship and flourished in seeking the winning argument.

A brief illness interrupted her studies. Following her recovery, her love for travel and new cultures took root when she left Kansas for the bright lights of New York City to join the fledgling airline industry as an airline hostess. Guyla returned home and married childhood sweetheart Marlin Fawcett. They traveled extensively and while the marriage ended in divorce, they remained friends all their lives.

In 1956, Guyla moved to Los Angeles to provide end-of-life care for her youngest brother Jack as he battled leukemia. She said Jack had shown her "how to die with grace." Guyla's grandson Jack was named after her brother.

Guyla made her home in Southern California for many years, marrying Bernard Segal in 1958 and raising two children. Separated in 1975, Guyla embraced the role of "breadwinner" by pursuing a career as a travel agent and purchasing a home. When the children were grown, she purchased a travel agency and ran a successful small business. Notwithstanding their ultimate divorce, Guyla spearheaded the family's care for Bernie as he succumbed to Alzheimer's disease.

In 1993, Guyla again re-invented herself when she moved to Prescott. Her 13 years in active independence were marked by hiking, traveling, active participation in the Unitarian church, and college courses through the OLLI program. These years were among her most enjoyable.

Guyla is survived by her brother Ralph; her daughter Donna and son Andrew; and her grandchildren Olivia, Jack, Ana, Lillianne and Eliza, and will be missed by her many friends.