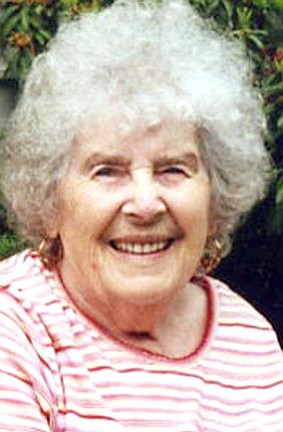 Rose "Rosie" Coote, formerly of Hemel Hempstead, England, passed away peacefully on September 8, 2007, at her daughter's home in Prescott, Arizona. She was born in London on June 10, 1924, to Elizabeth and Arthur Waters.

Rosie is survived by her daughters and sons-in-law Josie and Paul Carmen, Maureen Minardi, Marion and Pete Kelly; son-in-law Tom; and sisters Patsy and Mary. Grandchildren: John, Jacky, Teresa, David, Danny and Kristan who reside in England; and Kim, Christopher, Kristan, James, Deanne, and Stephen who reside in the United States; 25 great-grandchildren; and two great-great-grandchildren.

Her cremated remains will be returned to England in June 2008 to be reunited with our Dad, who was the love of her life. She treasured all her family and would do anything for them. She was a wonderful mother, grandmother, great-grandmother and great-great-grandmother. We have lost a great love in our lives who will be sadly missed, but always remembered. We love you Mum, may you rest in peace.

(Information provided by the survivors.)