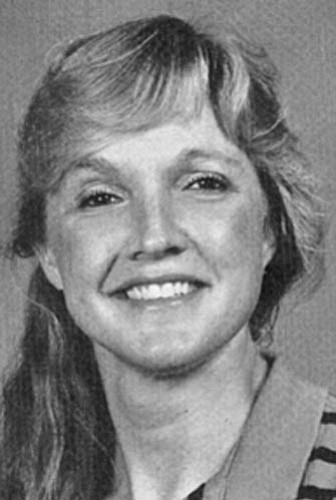 Peggy E. (Miller) Chapman died Aug. 25, 2007, in an automobile accident near Grants, N.M. She was born Dec. 1, 1959, in Prescott, Ariz. Peggy graduated from Prescott High School in 1977 and Arizona State University in 1981 with a degree in Production Management.

Bob and Peg met in Boulder, Colo., married at her parents' home in Prescott on April 13, 1985. After their marriage, Peggy and Bob combined their different talents to create Dynamic Design & Manufacturing Co. in Niwot, Colo., that today has earned widespread respect in the Colorado manufacturing industry.

Peggy's strength was on scheduling and business activities and Bob's on tool design and technical manufacturing activities. At the time of her death, Peggy was President and CEO of the company.

Peggy and Bob have one child, Rachel. The family lived in the foothills west of Boulder near the town of Nederland, Colo.

A short memorial service and a long get together of family and friends will be 1 p.m. Sunday, Sept. 9, 2007, at the Yavapai County Mounted Sheriff's Posse House, 1495 Sheriff's Posse Trail.

Immediately following the accident that claimed Peg's life, Bob and Rachel were assisted by a number of incredible and caring people from the Grants area. One of those "saints," Adoree Russell, a social worker from the hospital where Bob and Rachel were taken, went above and beyond the call of duty. She not only assisted them with showers, clothing, medicine and personal items, she also took them back to the crash site, then to her office to make phone calls, etc. In addition, she later went to the location of the RV and retrieved personal items and immediately shipped them to Bob. Afterward, when their dog, Nala, was located, she assisted in getting the dog sent back home to the family. During this time, they discovered that Adoree would be undergoing surgery for liver cancer. The Chapman's are overwhelmed by her compassion and generosity in helping them through this most difficult time, and would like to show their appreciation by asking that donations in lieu of flowers be made in memory of Peggy E. Chapman to the Adoree Russell Cancer Fund, 6321 Monarch Park Place, Longmont, CO 80503. Peggy, being Peggy, would appreciate this very much.