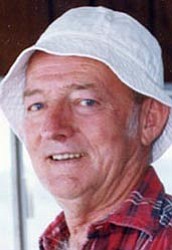 His family moved to Chandler, Ariz. where he quickly found employment in the construction business. During World War II, he contributed to the war effort by participating in the building of the various installations in Arizona. Although Fort Huachuca had existed from territorial days, it was necessary that it be expanded in order to meet the demands of the growing United States Army. Luke Air Force Base was another military base that grew in size during World War II. Don was employed by John F. Long. After the war, Don was hired by the Arizona Public Service Company in 1948 where he eventually had the position of Supervisor of Property Maintenance. He was very much respected and loved by employees and friends. He retired from Arizona Public Service in 1980 and moved to Prescott, Ariz.

Don is survived by his wife Gloria Jane of 33 years; his daughters, Sharon A. Rupel, Mary L. Pickering and friend Margaret Ligget; step children, Martha R. Minard and Bruce O. Walthall; and many grandchildren and great grandchildren. He is also survived by his son-in-law Dan Rosin and sister-in-law Triba Pickering.

Don was a loving husband, father and grandfather.

Don was a member of Aztlan #1 Masonic Lodge in Prescott.

Don was a Master Craftsman in all areas of construction. After retirement, he built his and Gloria's present home on the outskirts of Prescott. Don enjoyed golfing with his friends and had no problem making friends, dancing, bowling and hunting.

Commemoration Services in honor of Donald will be 1 p.m. on Saturday, Nov. 3, 2007, at Sunrise Funeral Home, 8167 E. Highway 69, Prescott Valley, Ariz. with visitation to take place one hour before services. Joan Fusillo will lead in the celebration of Don's life.

In lieu of flowers, the family suggests contributions be made to YRMC Hospice, 3262 N. Windsong Drive, Prescott Valley, AZ 86314 in honor of Don.