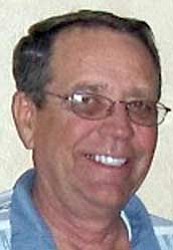 Michael Willis Nielson, 61, was diagnosed with cancer Sept. 21, 2007. After a short, courageous battle, surrounded by family and friends, Mike returned home to his loving Heavenly Father on Nov. 16, 2007.

Mike served in the U.S. Air Force during the Vietnam era. He brought his family to Bagdad 32 years ago to work as a heavy equipment operator and driller at the copper mine. They have loved being there and have enjoyed serving the Lord in his vineyard. He loved to travel and enjoyed many car trips with his wife, visiting many states. He loved being outdoors and enjoyed camping and fishing. Mike had a great sense of humor and made everyone feel at ease. He never knew a stranger; everyone he met became a friend. He was a fantastic husband, father and grandfather. His greatest love and pleasure in life was his family. He enjoyed spending quality time with each of his 13 grandchildren.

Mike has left a legacy of love for all of us left behind. He will be remembered and missed by all who know him.