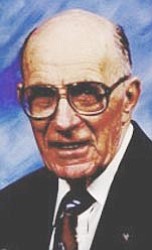 Albert (Al) Everett Tuttle passed away on Nov. 15, 2007. A resident of Prescott for over 20 years, Al was born in Canandaigua, N.Y., in 1922. As a U.S. Army Ranger in World War II, he served his country in Normandy, the Ardennes and Central Europe, earning the Bronze Star Medal for combat bravery.

During a lifelong career in the chemical industry, Al served in many capacities. He was the chief engineer for important projects in Germany, Japan and Venezuela, and for 34 years was the Engineering Manager at the Pennwalt chemical plant in Geneseo, N.Y., retiring in 1986.

His retirement interests included photograph, playing pool with friends and enjoying the beauty of Arizona's landscape.

Al is survived by his loving wife Rose; his children Robert and wife Charlotte of Roseville, Calif.; Jeannine Tuttle of Henrietta, N.Y.; and Mark Tuttle and wife Mollie of Powhatan, Va.; a grandson, James Jackson; and granddaughter Juliana Tuttle.