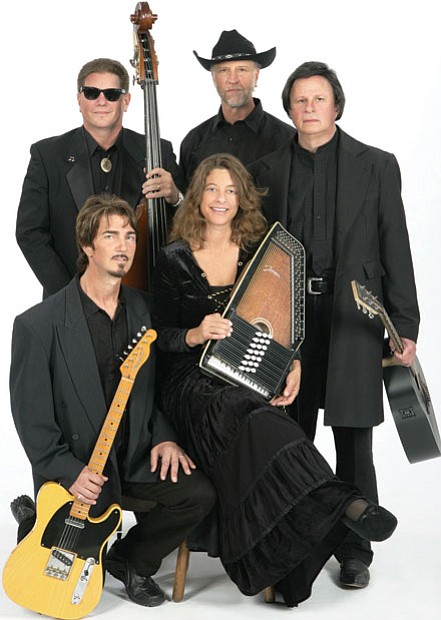 PRESCOTT - Now's your chance to see a Johnny Cash show.

The (sort of) Man in Black performs Saturday at the Hendricks Auditorium in Prescott Mile High Middle School Saturday at 7:30 p.m.

Michael J and The Mighty Cash Cats play Cash's catalogue from his 1950s, '60s, '70s and '80s hits into the Rick Rubenproduced American Recordings of the '90s.

"Above all, we pay respect to the man and his music, not like some kind of karaoke or some of the earlier Elvis impersonators," said Michael J Smith, who performs as Cash.

"We span Johnny's career from the early days, the rockabilly stuff from 1955. We go right up to the final recording, the Nine Inch Nails song that was sort of an epitaph," he said of the show.

Smith narrates the show, offering the audience insight into the story and history behind the songs.

Of the stories Smith enjoys telling is the one about Cash's comeback in the late '90s on American Recordings and winning a Grammy after his former label dropped him and the country music industry wrote him off.

"Being the rebel to the end, he took that photo I think we've all seen from Folsom Prison of him flipping the bird. He takes a full-page ad out in Billboard magazine, he says, 'Thank you, Nashville music establishment, thank you country music radio for having such faith in me.' And it goes 'American Recordings Album of the Year, Record of the Year.'"

Smith said learning Cash's songs drew him further into trying to understand the uniqueness of his music.

"I tried to learn that stuff off the record, and I'm going, 'This guy is either musically illiterate or a genius.' Because some of the stuff he plays doesn't quite make sense, but it makes sense in the context of the song," he said.

Overwhelming crowd responses to a medley of Cash tunes in Smith's former country rock project inspired him to pursue a full-on tribute.

"An agent suggested we do it, so I spent almost a year going back over all the original recordings. I got every single concert tape that was available on Amazon, eBay, and studied the music, and tried to get it very close, because I realized we weren't doing it right, and a lot of people that were doing it weren't doing it right. It's very unique," he said.

The Mighty Cash Cats will perform to raise money for the Prescott Fine Arts Association. Admission is $15.