If I could pick my daughter's future husband 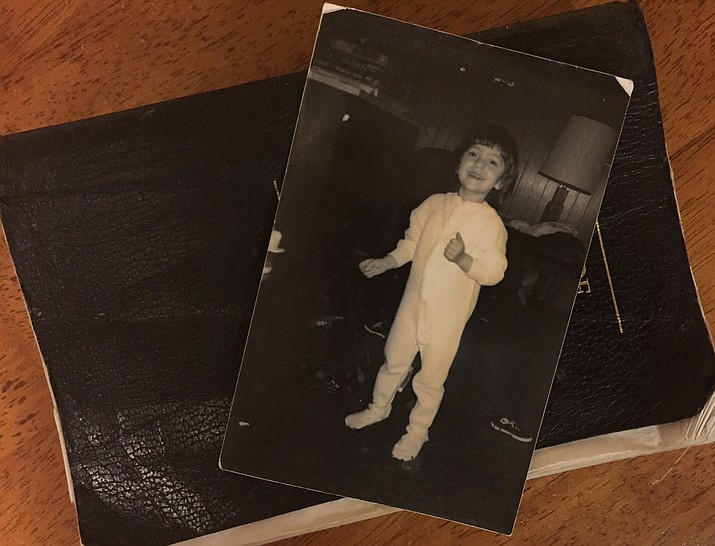 I keep a photo of my daughter as a bookmark in any current book I am reading. It's a photo of her when she was about 3 years old.

If my daughter knew I was considering this topic, she might be a little embarrassed. Some form of revenge might cross her mind.

But this column is more about the considerations I have for young men and their choices than about her.

I keep a photo of my daughter as a bookmark in any current book I am reading. It's a photo of her when she was about 3 years old.

It is tattered and creased, but still conveys that special look -- the look of a princess.

I was recently invited to help judge the New England Newspaper Association's Newspaper of the Year Contest in Boston, Mass. It was quite an honor, and the timing was such that my wife accompanied me so we could stay in the area to celebrate our 25th wedding anniversary.

We had a wonderful time -- a time to reflect on the past and plan for the future.

While in Boston, we had the chance to see the USS Constitution or "Old Ironsides." It is the oldest commissioned warship afloat in the world, first launched in 1797.

Aboard the ship, still operated by the U.S. Navy, was a young man who arranged for us to take a private tour. He was kind, smart, handsome and possessed a quality that's hard to explain. It was a blend of confidence and humility, combined with sincere respect for others.

As we left the ship, my wife and I were both thinking the same thing, but didn't vocalize it until we were back on the dock.

We said, "That young man can marry our daughter."

We laughed as we said it in unison. And while it was a moment of jest, it revealed a truth not often spoken in front of our daughter -- that there is a part of us that wishes we could have a hand in selecting a young man to be her husband.

In truth, as a father of four boys and only one daughter, I have seldom worried about the choices my daughter has made over the past 18 years. Her track record speaks for itself.

She's kind, beautiful and smart. She was ranked at the top of her class in high school, and has proven to have common sense in many trying situations.

Now, she is preparing to go off to college in a faraway state.

Parents, let's be honest. We start thinking about the prospect of selecting a mate for our daughters long before they start dating, especially fathers. We ask ourselves, would he be good enough?

When I was young, I was given the part of Tevya in the musical, "Fiddler on the Roof." He was the father of five daughters and -- as tradition allowed -- was responsible for working with the matchmaker to find each one a suitable husband.

As the plot revealed, true love trumped the father's choices, despite his best efforts. In the end, he also needed to trust that he had raised his daughters in a way that they would be attracted to young men who would treat them right.

So, with these closing paragraphs, I address the young men (parents of young men may want to print this part out and put it on your sons' pillows):

Young men, be aware that there are fathers out there, like me, who have been watching you. We watch to see how you treat our daughters, your sisters and your mothers. We watch to see if you understand the importance of taking responsibility for your actions. We look to see if you have genuine respect, courtesy and honesty.

No matter how old-fashioned it seems, we would like you to ask our permission to date our daughters. We would like to see you opening doors for them, helping them with their chair at a restaurant, getting them home at a decent hour that is agreed upon in advance.

We want to see that you have a plan to be successful in education and in your career. We want to see honesty, integrity and kindness, pure and sincere.

And perhaps our most telling request -- one that shows us your true motives and character -- we want to see you respect our daughters' virtue at all costs. This is not spoken of often, but this is a universal truth, no matter what the world tells you in movies, television or on the Internet.

Young men, the idea of waiting to have sex may seem antiquated, but there is something magical about waiting -- saving yourself for that special someone you take to the altar. And yes, we still believe in lasting marriage and families.

When I look around at the world today, and all the things that contradict these thoughts, I ask myself, "Is this too much to ask from our young men?"

Then I look at the photo bookmark and I think, "No, not at all."

When your daughter chooses a husband
Column: Take care of the veterans to whom we owe so much
Clean up your bookmarks with free application
U.S. will win: You can see it in their eyes
Community activities kept youngsters safely occupied