Homeowner thinks outside the box to sell house 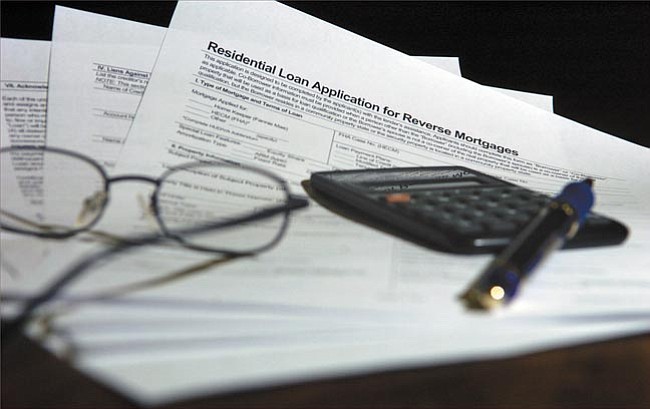 PRESCOTT VALLEY - Rich Darrow has a new approach to selling his home.

Around a year ago, Darrow tried to entice homebuyers by including a car in the transaction.

Someone drove off with the car and left the home in the dust.

Darrow has changed his course and is courting the senior market to broaden the scope of prospective buyers.

"It kind of comes under creative financing in a way," he said. "Only it's not based on a mortgage finance so much as it is utilizing a reverse mortgage. I call it a golden opportunity because of the golden years."

A reverse mortgage is a unique type of home loan that enables homeowners to convert the equity in their home into cash, while they continue living in the home.

Seniors who obtain the mortgage can use the money for anything they want and do not have to repay it as long as they live in their home.

"The marketing strategy there is just to show people the options," he said.

Ireland explained a reverse mortgage enables folks financial flexibility, enabling them to put a portion of the money down and fill in the balance with monies from the reverse mortgage.

"It can put them into a home that they might not have been able to get into because of the (financial) shortfall," he said.

It's a new concept to April Strunk, vice president of mortgage lending for Summit Bank in Prescott.

"I don't think that there is anything wrong with it if he can sell the home," she said. "Maybe he's come up with a little niche market of his own that will help sell his home. It's hard to say."

Strunk said Darrow is marketing to a smaller group of people than he would think because not a lot of seniors have $150,000 to put down on a home and are relying heavily on Social Security checks to cover their expenses.

She said many people who pursue a reverse mortgage do so because they lack the income or the credit to qualify for a typical mortgage and they don't want to have another mortgage payment for the rest of their lives.

"Sometimes that's their last resort and they (reverse mortgages) are quite expensive," she said.

And Strunk said using a reverse mortgage to buy the home likely saddles the buyer with more debt.

"You would (incur more debt) because your loan would actually have negative amortization and it would affect the balance," she said. "At the end of the day, you would owe more on that home than you borrowed. But most people don't care because they're not planning on outliving the loan anyway.

Then again, there are people out there who will have those kinds of funds and be very interested in a reverse mortgage," she said.

Strunk has14 years of mortgage lending experience under her belt, and she's never heard of this type of approach.

"Right now everybody's trying to do these crazy, creative things," she said. "There are a lot of incentives out there."

At the end of the day, Darrow sees this as giving prospective homebuyers another way for both parties to get what they want.

Reverse mortgage: Hero or villain?
Why reverse mortgages are a harder sell now
The time is now
Reversal of fortune
Trying to 'SPEED' up the sale