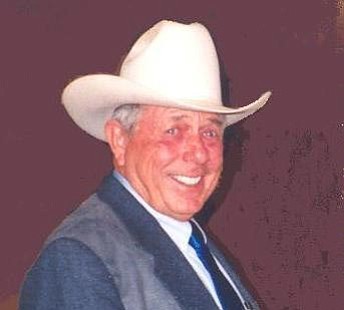 Joseph Lakin Lockett, 66, of Camp Verde, Ariz., passed away peacefully in his home on Dec. 22, 2007, after a long battle with cancer. He is survived by his loving wife, Linda; his son, Joe Lockett Jr. (Elizabeth), and granddaughter Charlotte Lockett; and a daughter, Patricia Lockett Bowdler (Eric), all of Phoenix. He is also survived by his son, Dustan Sage Chandler of Colorado Springs, Colo., and a daughter, Laura Chandler of Camp Verde; his brother, Robert W. Lockett Jr. (Karen) of Prescott; and his uncle, Charles Lakin (Maxine) of Phoenix.

Joe was born to Robert W. Lockett Sr. and Lois Lakin Lockett on Sept. 18, 1941, in Phoenix. He attended the University of Arizona, where he studied agriculture and was a member of the Aggie House fraternity. Joe was a third-generation Arizona rancher, operating ranches in Flagstaff, Bloody Basin and Phoenix.

Lockett Ranches are headquartered out of Camp Verde, where Joe was an active member of the community, and was well known throughout the Southwest as one of the top Driftwood quarterhorse breeders in the country. Joe was an inspiration to generations of horsemen and cowboys, and his knowledge and wittiness made him a friend and mentor to many. Joe's favorite times were spent with family and friends at the ranch, and working with his beloved horses.

Joe devoted many years to the Maricopa Mounted Sheriff's Posse, and was a longtime member of the Arizona Cattle Growers Association and Arizona Farm Bureau. He also served over 30 years with the Feeder Steer Committee of the Arizona National Livestock Show. Joe was a strong supporter of agriculture education, and was on the advisory board of the Camp Verde FFA at the time of his death.

Joe always noticed beauty, like the delicate mariposa lily, the colorful flowering cactus during a wet spring in the desert, the brilliant color of the fall aspen, and well-written prose.

In addition to his wonderful attributes, he was a great cowboy campfire guitar player and storyteller.

A celebration of life will be 11 a.m. Saturday, Jan. 5, 2008, at the First Baptist Church of Camp Verde. An outside reception will immediately follow the service at the ranch, 181 Lacey Lane, Camp Verde (across the creek from the church).

In lieu of flowers, donations will be accepted for the Joe Lockett Memorial Scholarship Fund at Chase, 402 Finnie Flat Road, Camp Verde, AZ 86322.