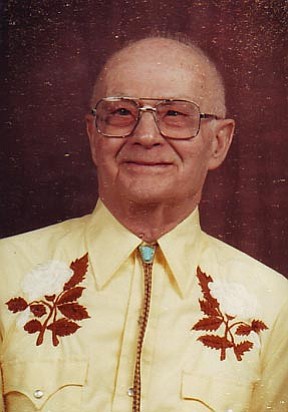 Ken married Marjorie Mae Warmoth in 1996. She survives him along with one stepson, Dan (Wendy) Warmoth, and two step-grandchildren, all of Chino Valley, Ariz. He is also survived by 11 grandchildren and 10 great-grandchildren and one brother, Roy Greene Jr., of Brighton, Ohio.

Ken and Dorothy moved from Ohio to Prescott in 1956 for health reasons along with their first five children. Their youngest son was born a year later in Prescott. Ken worked as an auto mechanic at several shops in Prescott until retirement in 1996.

We love you, Dad and Grandpa, and miss you terribly, but you have left us with many wonderful memories.

A memorial service will be 11 a.m. Friday,

Dec. 28, 2007, at the Fountain of Life Church, corner of Sunset Lane and Lynx Lake Drive in Prescott Valley.