Meth should not be in a baby's bottle 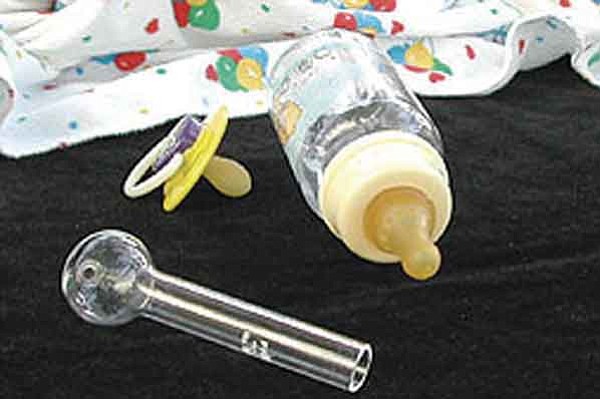 PRESCOTT - Arizona is now facing the effects of methamphetamine on its children.

That was the topic of Thursday's presentation of the Yavapai County Substance Abuse Coalition in Prescott. Kathy McLaughlin, director of the Yavapai Family Advocacy Center, voiced her fears and hopes for the future of the child victims of meth.

According to Child Protective Services' statistics, of the 1,112 police reports over the past 12 months, 60 percent included accusations of neglect, 32 percent reported physical abuse, 6 percent sexual abuse and 2 percent emotional abuse.

"We also have reports of substance-exposed newborns, which hospital staff can look and then test for," McLaughlin said. "The physical consequences of using meth during pregnancy are premature birth, low birthrate and a host of medical problems."

Other alarming statistics reveal that teenagers believe it is not that harmful to use meth. Instead, some teenagers believe meth can help them lose weight, deal with boredom, escape problems and boost their energy level.

She said that a major concern currently is a new tide of child endangerment.

"When a child is being raised in a house with parents who are moody, irritable, depressed and paranoid, that poses an unpredictable danger from those parents," McLaughlin said. "In many cases, these children end up being raised by grandparents, who have limited incomes and resources, and are severely burdened."

The picture is not entirely grim. Yavapai County is doing a decent job of combating the meth problem, she said.

"The mom and pop labs are almost gone so there are less children being found in meth labs," she said. "Two years ago they were all over. Now meth is provided by super labs; I don't know where those are."

McLaughlin recommends health officials interview the children of arrested parents at the time of the arrest, not after a year.

"Find out what they have seen and what experiences the children have had," she said. "We have to give children a voice. We offer child-centered protection and child-friendly facilities at YFAC. Our interviewers are specifically trained to talk to a child and develop a rapport in a short amount of time."

The bottom line is that Yavapai County needs to broaden and financially support CPS reforms.

"We are number 36 in the nation for child issues," she added. "My call to action is that people need to stay informed, ask tough questions and communicate with legislators."